Emma Modesta Coronel Aispuro, the wife of the Mexican drug lord El Chapo — who is serving a life sentence in the US state of Colorado — has now been arrested, as well. It's a long fall for a childhood pageant winner.

Netflix had not been planning a fourth season of its El Chapo series, which depicts the rise of the Mexican drug lord Joaquin Archivaldo Guzman Loera, aka El Chapo (Shorty). But there would be plenty of material in the recent arrest of his wife, Emma Modesta Coronel Aispuro, in Washington, DC, on charges that she helped him run his drug empire. In fact, the 31-year-old's life might merit a series of its own.

Born in 1989 near San Francisco, in the US state of California, Coronel grew up on a ranch in La Angostura, a small village in Durango, in northwestern Mexico, a state famous for being part of the 'golden triangle' of the drug trade. She started taking part in beauty pageants as a young child. In 2006, she was crowned beauty queen of Canelas. According to the US Drug Enforcement Administration, she was already involved in the drug trade as a little girl.

Coronel was 17 when she met her future husband, who was already the head of the Sinaloa drug cartel, an institution in Mexico. He was more than 30 years older, but, as goes without saying, it was true love. 'I would say what won me over was his way of talking, how he treated me, the way we began to get along — first as friends and from that came everything else' she later said in an interview.

They were married on her 18th birthday at a church wedding with a limited number of guests, the couple later reported. It was El Chapo's fourth marriage, and to this day there remain doubts as to whether the marriage actually took place, in line with a true Netflix drama.

Coronel studied journalism at the University of Sinaloa and described the time as 'comparatively normal.' But everything changed in 2011, when she moved to Lancaster, California, and gave birth to twin girls, Maria Joaquina and Emali Guadalupe.

Their father's name is not mentioned on their birth certificates. There was a $5 million €4.12 billion) bounty on his head and she later said that she saw him rarely and only when 'his activities were running halfway normally.'

Coronel understood early on how she would have to sell herself in public. She always swore that she had never seen her husband with drugs or weapons: 'He never told me that he had anything to do with drugs, and if he has a lot of problems you don't notice that with him.'

US prosecutors evidently do not believe Coronel. They claim that she knew about the inner workings of the Sinaloa cartel and was actively involved in the trafficking of cocaine, heroin and marijuana from Mexico to the US.

Prosecutors accuse Coronel of helping to organize El Chapo's spectacular escape from prison in 2015, when he fled the maximum-security Altiplano facility through a tunnel that led from the shower in his cell. At the end of the 1.6-kilometer (1-mile) tunnel, which had been over a year in the making, there was a motorbike waiting to take him to freedom.

Coronel is accused of paying millions in bribes and planning more prison breaks after her husband was rearrested. She is also reported to have lobbied the Mexican government to improve the conditions of El Chapo's detention.

The image that Coronel projected to the world was that of the perfect mother. And she obviously felt that it was one well worth paying for. The lavish Barbie-themed party for her daughters' seventh birthday is thought to have cost the equivalent of €20,000. Critics said that the money would have been better off spent supporting initiatives to combat Mexico's drug war.

How Many Times Did Chapo Escape Prison

In 2019, El Chapo was sentenced to life in prison after a three-month trial that took place in New York. He is thought to have been responsible for between 2,000 and 3,000 murders.

Coronel attended the proceedings every day, blowing kisses to her husband. But it's in the courtroom that she admitted, albeit not very loudly, that she was aware of her husband's dealings.

After her husband was put away for life in the maximum-security prison in the US state of Colorado, Coronel began to flaunt her luxurious lifestyle, wearing expensive jewelry and clothes and driving fast cars. She was even photographed wearing a crown.

Coronel became an influencer with 500,000 followers. They must be watching the show closely right now. 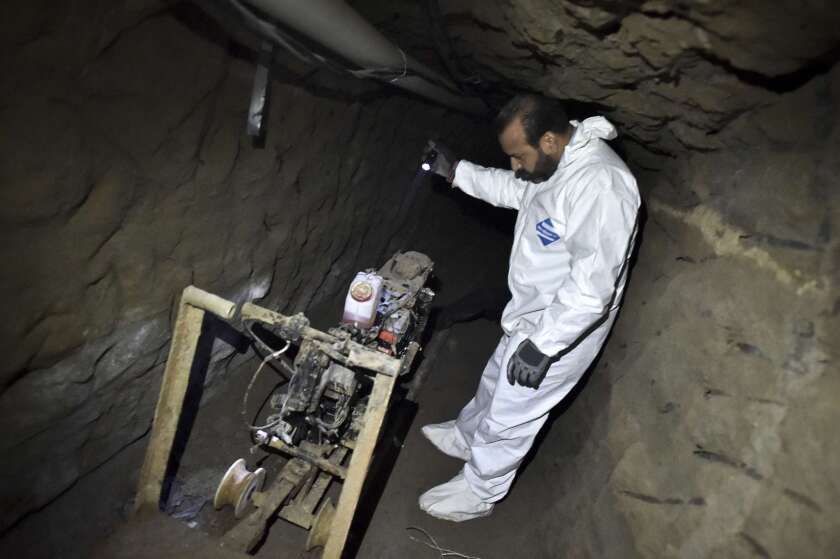 This article has been adapted from German.