The world’s equal best racehorse Arrogate defied a slow start to dominate the final stages of the US$10million Dubai World Cup, to see his career – read, annual – earnings eclipse $17millionbut no, we’re not here talk about that. We’re gathered here today to talk about how Dubai World Cup 2017 was a stylish.

Now the 2nd richest race in the World behind the Pegasus World Cup which had its inaugural race this year and was won by what many believe is the best horse today, Arrogate.

Arrogate has not let up since his record-setting race he won by more than 13 lengths in the Grade I, $1 million Travers Stakes at Saratoga last August. He continues to show race fans why he could be one of the best horses ever after winning the $6 million Breeders’ Cup Classic at Santa Anita in November by a half-length. He just keeps getting better and he proved once again in the inaugural Pegasus World Cup winning easily by almost 5 lengths.

He has earned more than $11 million in 7 lifetime races and is owned by Juddmonte Farms, and looks great coming into Saturday’s Dubai World Cup. He will face 13 runners on Saturday and many have some good resumes. He may not get the fanfare that California Chrome received winning at last year’s Dubai World Cup, but when he crosses the wire, his name will be on top in the sport.

Here’s the rest of the field, post positions and odds for the 2017 Dubai World Cup 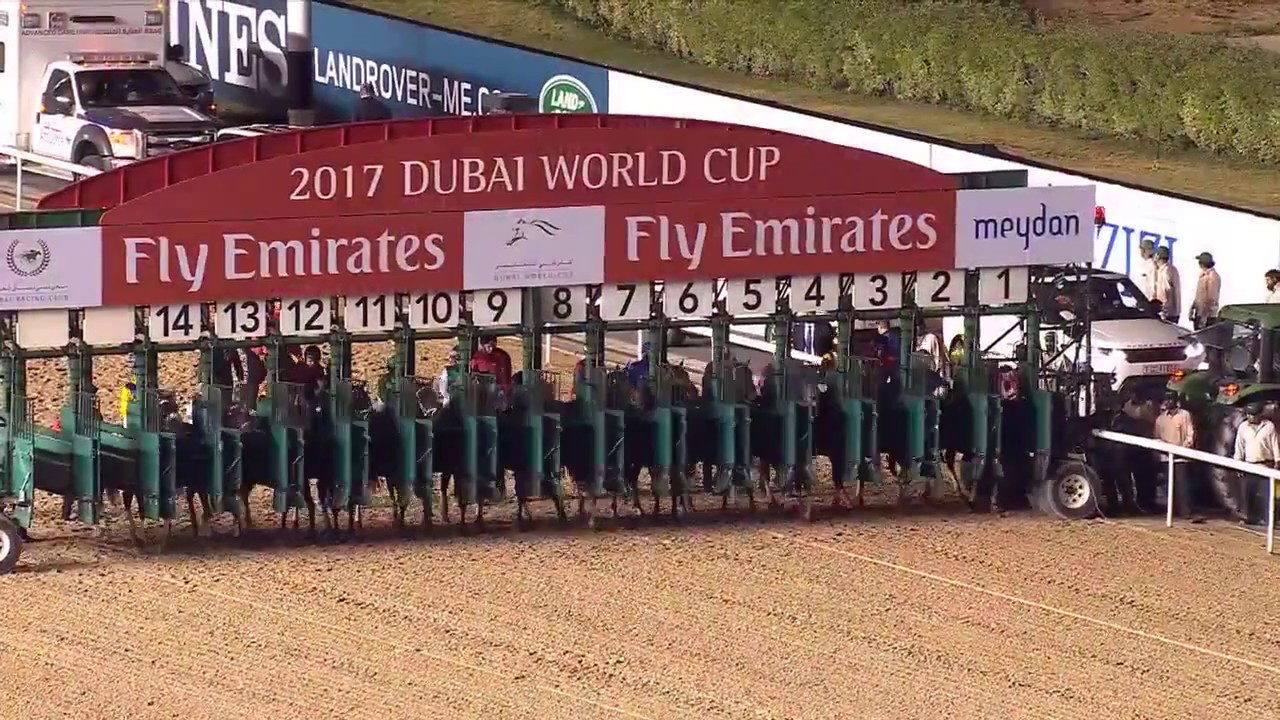 Best Bet: #9 Arrogate – It’s his race to lose and I for one don’t see anyone challenging this great horse. He is trained by Bob Baffert and Hall of Fame jockey Mike Smith gets the mount. His bloodlines are Unbridled’s Song – out of Bubbler. bred by Clearsky Farms and is ranked #1 of 134.

Long Shot play: #12 Hoppertunity with earnings of over $4 million and was the winner last fall at Belmont Park in the Jockey Club Gold Cup. He could make things interesting on Saturday.