When COVID-19 struck and took away virtually all sports for almost a month, those in both the daily fantasy and betting community were starving for something to play. Something to bet on. People were searching so hard for something to get an edge on, people started literally betting on what the weather would be the next day. Let’s explore more about how to predict Madden simulations!

Thankfully we currently live in a golden age of video games, where there is a virtual representation of any sport you can think of. One of the first “sports” back on live TV was real NASCAR drivers playing a video game called iRacing. Millions of people tuned in at home to watch drivers compete in a virtual race.

Namely, Madden simulation betting. The best online sportsbooks are offering lines on American football games played, or rather simulated on the Madden NFL video game. Basically, gamblers are betting on a computer to beat itself. Games which are broadcast on Twitch. I wouldn’t have expected the underdogs to be so competitive when it comes to a Madden simulation, but I was proven wrong shortly after I began the experiment of betting on a computer. The matchup was the 49ers vs. The Jags, with the Jaguars coming in as a +275 underdog.

The next step forward after virtual racing? Virtual NFL.

Quickly, both sportsbooks and daily fantasy sites like DraftKings and FanDuel started adding games related to simulations of NFL games played in Vanna style wheel of fortune. Madden. These Madden games would be streamed lived on Twitch for people to watch and, more importantly, bet on.

With almost nothing else to play on DraftKings or FanDuel, people could now start creating lineups for these virtual NFL games that were going to happen for the day. People could select Baltimore Ravens QB Lamar Jackson along with New Orleans Saints RB Alvin Kamara when the Ravens faced the Saints in the 2:30pm Twitch stream.

While this might have been a fun gimmick, something to do during quarantine, daily fantasy sites and sportsbooks alike still offered these games, even during the regular NFL season. But with this rise in popularity, many people starting asking about a potentially obvious flaw with betting of video game results: isn’t there a way to predict Madden simulations?

Could I Just Not Play the Games Myself?

If one had a copy of Madden 21 on their favorite gaming console, what was to stop them from playing the games the day before the Twitch stream? They could use the results of their own play session to make accurate predictions on how both to build a fantasy lineups and bet on the outcome of the game.

The biggest hurdle to this though is that there are different ways to simulate a Madden game. On Twitch, the games will be played out all the way, computer versus computer. We will watch every play unfold, and we will watch the AI of the game make decisions that determine the outcome of the simulation.

The problem in trying to replicate these results is that to get any significant data, one would have to at least play 30 games themselves. If a game takes about an hour to play itself, that would be 30 hours per matchup. If there are five games on the slate on DraftKings the next day, one would have to do about 150 hours worth of playing to get anywhere close to valid results. 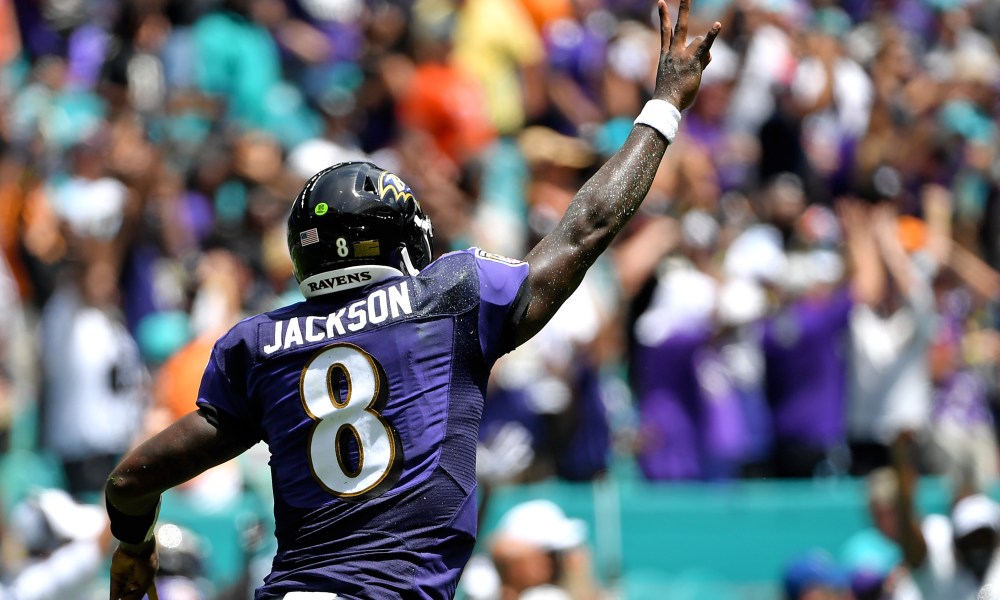 This is not possible. At least for one person to do.

Why Not Just Simulate Games Then?

Simulation, instead of actually playing out the games, is the method many have tried in attempting to get an edge in daily fantasy. One could just create a quick matchup between the two teams, hop into the game, and use the “quick sim” feature to finish the game in about one minute. The main problem with this, and why people who have tried it usually end up with unreliable data, is that simulation produces very very wonky results in Madden.

For starters, “quick sim” makes both the offense and defense much more efficient in all aspects. If the game is played out normally between two computer players, each team usually gets 1-2 drives in a quarter. Sometimes three if a team scores quick or there is a turnover. In the simulation? That number can easily jump up to 4-5 drives a quarter. Per team.

Another downside to using simulations is that it actually does a better job simulating player performance than the normal gameplay. During normal gameplay, usually only the extremes are noticed and factor into a given play. Only the fastest of the fastest players can outrun defenders. Have a wideout with 93 speed rating? He isn’t out running the defensive backs on any play. Only the wideouts with 97+ speed regularly do so.

Because of this, simulating Madden games gives almost no valid data to use in daily fantasy for Twitch streamed games. The best way to get good data would let the game play out over and over, but again, that would take over 100 hours.

Is There Any Strategy I Can Use Then?

Despite not being able to simulate games to get predictable data, or the fact that the Madden game is so random in its results, there are some key strategies you can use to get an advantage over the average player.

Use A Running QB

Just like real fantasy football, the running QBs are the bread and butter of solid daily fantasy lineups. But unlike real football, the QBs in Madden don’t care if they run full speed into a 300-pound defender and could possibly have a career ending injury. Mobile QBs controlled by the computer in Madden run at the literal first sight of trouble. This means they are basically getting RB numbers, with still having the upside of throwing a TD.

Unlike normal daily fantasy, there is no such thing as a “value play” for RBs in these simulations. Like I said about only the best of the best players standing out on the field, this couldn’t be more true for the RBs. Only the top RBs are able to break a single tackle, or produce a rush for more than seven yards. There are no handcuffs in Madden, don’t get a backup RB hoping he will steal a red zone TV. If a team has a stud RB, they will use him for every play of the game.

This isn’t just your typical random results we see on a Sunday with any defense. The best of the best defenses in Madden can get destroyed with one WR or RB with a high speed number. The best of the best QBs will throw the stupidest interceptions. You can help yourself by picking a borderline random mid-salary defense to avoid the chalk, and hopefully get a random TD.

Final Thoughts on How to Predict Madden Simulations

If a group of people had the time and resources to play out hundreds and hundreds of Madden games, I would love to hear the results of those playthroughs. Maybe if 20 people banded together and dedicated their weekends to this, they could possibly produce reliable data that could help them destroy daily fantasy. But unless you have those resources, save the time of trying to simulate these games yourself, and just use the strategies you picked up over your daily fantasy career.