The plot of Magic Mirror is based on fairy tales. In addition to standard card symbols from 10 to Ace, each reel also has symbols depicting medieval princesses, magic unicorns, ancient totems, and Celtic rings. If you are a fan of the Middle Ages and fantasy novels, this slot is sure to appeal to you. However, this slot has nothing to do with the Game of Thrones.

Magic Mirror's graphics are simple but colorful and crisp. Despite this, it may seem to the players rustic and giving cheapness. But the slot has clear animation, and the reel animation is especially good. Plus, the slot has a decent soundtrack. As with graphics, the soundtrack is not perfect, but not terrible. The stop of each drum is accompanied by a pleasant thud; and when the Scatter symbol appears, a prolonged sound appears, which indicates the possibility of winning bonus games. In general, the game is pleasing to the eye.

The gameplay of Magic Mirror includes 5 reels and 10 active lines. It is impossible to change the number of active lines, which significantly reduces the chances of winning, but gives a good opportunity to increase profits thanks to the Gamble function. The Gamble function is activated when certain combinations occur on the drum. This feature allows you to double your entire winnings or half in one of two mini-games. In the first mini-game, it is proposed to guess the color of the card (black/red). In the second mini-game, it is proposed to guess which side the coin will fall; in case of victory, you increase your winnings, and defeat resets the balance. The result of these games may affect RTP, but the developer does not specify how much.

A symbol with the image of a magic mirror performs the Wild function, which replaces all symbols and thereby increases the chances of a large win on a certain line. In addition, the magic mirror also performs the Scatter function if there are several more such symbols on other reels. In addition, this symbol can combine Wild and Scatter functions if several lines are involved.

The magic mirror also has a third function, which is activated when three or more of these symbols appear, in which case the player, in addition to paying for the Scatter function, also receives 10 free spins. In our opinion, this bonus is too simple, and the slot has more interesting functions. And if during the bonus game special symbols fall out, you can disrupt a decent win. This function defines a special symbol for bonus spins, and when it falls out, it expands throughout the reel. When you restart the bonus, you can add another special symbol that can bring a solid win. Casino ndb 2020. It only happens very rarely.

RTP games are 95.94%, while the average RTP slots - 96%. This suggests that Magic Mirror is not the most profitable game. We are not happy with such a low variance of the game. Although it regularly brings small wins, it offers too few bonuses. Read more about why we like high dispersion slots in our strategy section.

In general, the slot is pretty high quality. The design is not perfect, but not entirely terrible. The sound and graphics are high-quality and smooth, and the mini-games are so funny that they dilute the monotony of the slot well. Unfortunately, we cannot recommend this game because of its low RTP and low dispersion. However, if you like low dispersion slots, you will certainly appreciate the extra features of this slot. 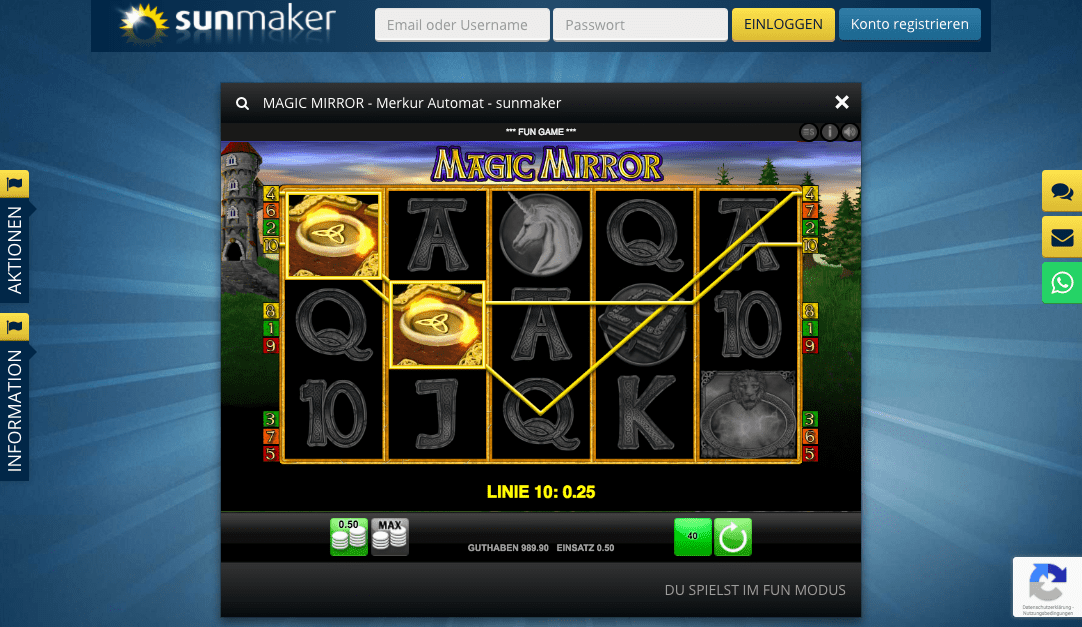