Knowing your hands per hour is important for planning your sessions and figuring out your hourly rate. I dove into the statistics and did a bit of research and this is what I found out.

The poker odds calculators on CardPlayer.com let you run any scenario that you see at the poker table, see your odds and outs, and cover the math of winning and losing poker hands. Texas Hold'em Omaha. The current universal standard used to measure a poker player’s win rate is how many big blinds they win per 100 hands played. The shorthand version used to express the win rate is to state the number of big blinds won followed by bb/100. For example, a player might say, “my win rate over my past 100,000 hands at 50NL has been 4bb/100.”.

Of course, these numbers can vary based on where you are playing. Let’s take a look at the factors that can effect your hands per hour experience.

There Are Fewer Hands per Hour in Soft Games

As the VPIP goes up the hands per hour tends to go down. For comparison sake, let’s take a look at Bovada/Ignition versus the Winning Poker Network (WPN). I have played hundreds of thousands of both networks and checked my database to compare the numbers.

It’s because the VPIP is quite a bit higher on Bovada and Ignition. I mean it makes sense. If more people are limping and seeing flops then, of course, the games will play slower. I am not player but I can imagine 5/10 players enjoy per hour than 1/2 players.

What Are Your Exact Hands per Hour on Each Site?

Hold’em Manager has a handy multi-table report that shows exactly how many hands per hour are played based on how many tables are played at once. Here are my numbers:

Surprisingly, the more tables I played the higher my hands per hour is. I guess this makes perfect sense since game selection pretty much goes out the window when you are mass multi-tabling.

If you look around the web you will see much higher numbers than I am writing about here. That’s because they are talking about hands per hour when you are actually dealt into the hand.

Raw hands per hour when actually being dealt in is like 90 per hour for 6-max and 75 per hour for 9-max. However, unless you are staying on the same table and playing for hours, lower numbers are more realistic.

What they fail to take into account that some of the time that you are sitting at a table you are not being in. Hands dealt per hour does not include time players spend getting on and off the tables and sitting and waiting on big blinds. Therefore, actual hands played per hour is what you should use when trying to figure out your hourly win-rate.

What About Hands Per Hour in Live Games?

Live dealt in numbers tend to be much closer to reality since there is no multi-tabling and a player will typically stay at the same table for hours. Even so, the number of hands played per hour is still much lower than online.

Hands per hour in live games can range anywhere from 20 to 30. Besides almost exclusively being 9 or 10 handed, it takes time for the dealer to shuffle and deal. That leaves little time to actually playing poker. I have a ton of respect for the patience and mental toughness of live grinders.

The longer you stay on a table the more hands per hour you are dealt. This is because you have to pull up a new table, sit down, and then wait for the big blinds. This takes time. Therefore, switching games often your hands per hour.

Now I am not saying you should stop game selecting. In today’s tough poker environment, robust table selection is how money is made. One way to remedy this issue and still maintain your desired number of hands per hour is to just add one more table. If you normally two , try three.

Mass Multi-Tablers Slow down the Games

I have noticed a direct correlation between the maximum number of tables allowed on a site to how many hands per hour is played. This is due to mass multi-tablers, who tend to time bank often and hold up the games. 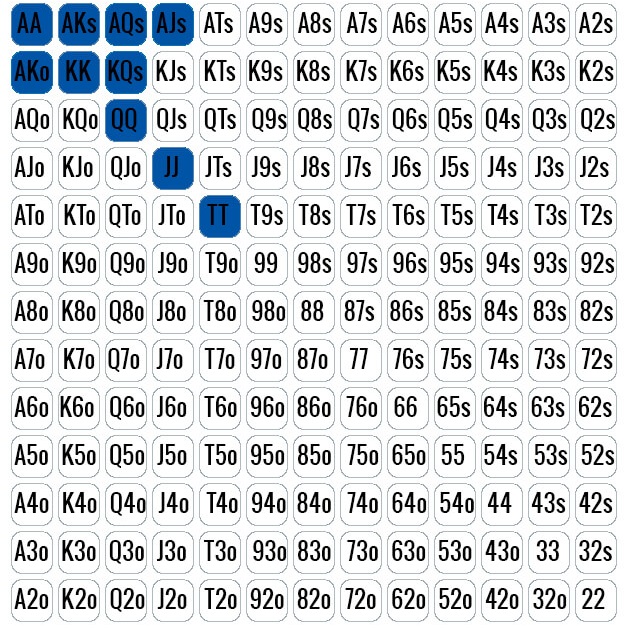 For example, Bovada and Ignition also only allow 4 cash game tables to be played at once. WPN still allows people to play 24 tables at the same time. Get two or three guys playing 24 tables on one table and it becomes time bank city. Watch your hourly rate shrink due to atrophied hands per hour.

Why Does Full Ring Play Slower Than 6-Max?

What If I Mix in Full Ring Games and Want to Have the Same Hands per Hour?

If you want to play the same amount of hands per hour at 9-max that you do at 6-max you will simply just need to add more tables.

In the last few years, the popularity of fast-fold poker has increased substantially due to the increase in hands per hour attainable. No longer do you have to sit back and watch a hand play out after you have folded. With the click of a you are moved on to another hand

allows people to play between 200 and 300 hands per hour on each table.

What this means is that a player can use less real estate on his or her desktop and just focus on one or two tables at the time, while still achieving a substantial number of hands per hour.

Fast-fold poker is not for the feint of heart. In fact, it takes a completely different strategy than you would play on a regular table. Maximizing hands per hour can actually be a big factor in determining how to play.

Personally, I dislike fast-fold poker not because of the strategic differences or the speed of play. Rather, I believe that the game is not really poker at all.

Observing opponents and then adjusting your strategy based on what they do is at the heart of poker. Fast-fold poker takes this away since every hand will find you in a different mix of opponents. So much for using gameflow considerations to your advantage.

If you are reading this article so that you can start mass multi-tabling because you think it will increase your hourly rate substantially, I have to warn you. As hands per hour increases, ability to focus on what is going on and game select correctly to go out the window.

So unless you are at least a 6bb/100 winner playing one or two tables, I would not even consider trying to maximize your hands per hour yet. Your growth as a poker player is much more important than trying to increase your hourly rate.

How To Rate Poker Hands

How do I calculate hourly rate in poker? your hourly rate you divide your total profit by the number of hours you have played.

What is a good poker hourly rate? What can be considered a good hourly rate in poker will vary from player to player based on their goals. It will also depend on the stake being played. It is much better to focus on win-rate instead of hourly rate. A good online win-rate will range from 2-4 big blinds per 100 hands for multi-tablers and from 4 big blinds to 10 big blinds per 100 hands for single tablers. However, due to the extreme softness of some live games, live players will often enjoy a win-rate much higher.

Every poker player knows that the Royal Flush is the strongest poker hand, but where do all of the other poker winning hands rank? Here is a comprehensive list of poker hands in order from highest to lowest ranking. If you are new to the game of poker, learning the different poker hands is a great first step in learning how to beat your opponents with the cards you are dealt.

The strongest poker hand is the royal flush. It consists of Ten, Jack, Queen, King, and Ace, all of the same suit, e.g. diamonds, spades, hearts, or clubs.

The second strongest hand in poker is the straight flush. It is composed of five consecutive cards of the same suit. If two players have a straight flush, the player with the highest cards wins.

Five cards of the same suit make a flush. If two players have a flush, then the one with the highest cards wins.

Five consecutive cards are called a straight. If two players have a straight, the one with the highest cards wins.

Two-pair hands are, of course, composed of two pairs. If two players have two-pair, the rank of the higher pair determines the winner. If they have the same higher pair, then the lower one counts. If that is also the same, then the fifth card counts.

A pair is composed of two cards of the same rank. Since a poker hand is always composed of five cards, the other three cards are so-called “kickers”. In case two players have the same pair, then the one with the highest kicker wins.

If you don’t even have a pair, then you look at the strength of your cards. If there are two players at showdown who don’t have a pair or better, then the one with the highest cards wins.

Any of the PalaPoker.com games use the standard rank of hands to determine the high hand.

However, at PalaPoker.com we also play “split pot” games, like Omaha Hi-Lo8 and Stud Hi-Lo8, in which the highest hand splits the pot with a qualifying (“8 or better”) low hand; therefore, we must also be familiar with:

This method of ranking low hands is used in traditional Hi/Lo games, like Omaha Hi/Lo and Stud Hi/Lo, as well as in Razz, the ‘low only’ Stud game. 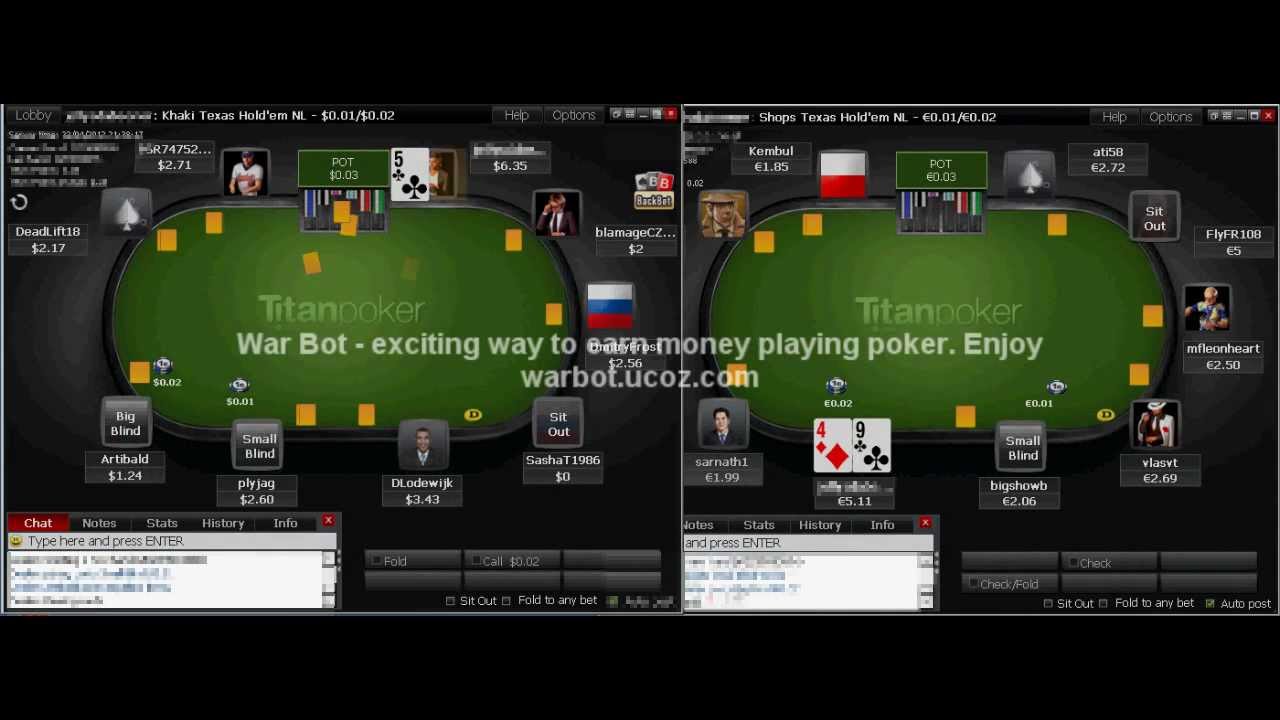 Note that suits are irrelevant for Ace to Five low. A flush or straight does not ‘break’ an Ace to Five low poker hand. Aces are always a ‘low’ card when considering a low hand.

Please also note that the value of a five-card low hand starts with the top card, and goes down from there.

In the event of a tie: All Five-high hands split the pot.

#2 Six Low: Any five unpaired cards with the highest card being a Six.

In the event of a tie: The lower second-highest ranking card wins the pot. Thus 6,4,3,2,A defeats 6,5,4,2,A. If necessary, the third-highest, fourth-highest and fifth-highest cards in the hand can be used to break the tie.

#3 Seven Low: Any five unpaired cards with the highest card being a Seven.

In the event of a tie: The lower second-highest ranking card wins the pot. If necessary, the third- highest, fourth-highest and fifth-highest cards in the hand can be used to break the tie.

#4 Eight Low: Any five unpaired cards with the highest card being an Eight.

In the event of a tie: The lower second-highest ranking card wins the pot. If necessary, the third-highest, fourth-highest and fifth-highest cards in the hand can be used to break the tie. An Eight Low is the weakest hand that qualifies for low in Omaha Hi/Lo and Stud Hi/Lo.

Check back here as you are learning the game of poker for a list that details the poker hands order. Sign up today to start winning real money!