The Cincinnati Reds opened their pocketbook this offseason, and sportsbooks have taken notice.

The Reds were being offered at +5000 to win the 2020 World Series by PointsBet immediately after the Washington Nationals won the title in October — tied for 17th among the 30 Major League Baseball teams. With pitchers and catchers due to report in two weeks, those odds have dipped to +3000, although still tied for just 14th overall. 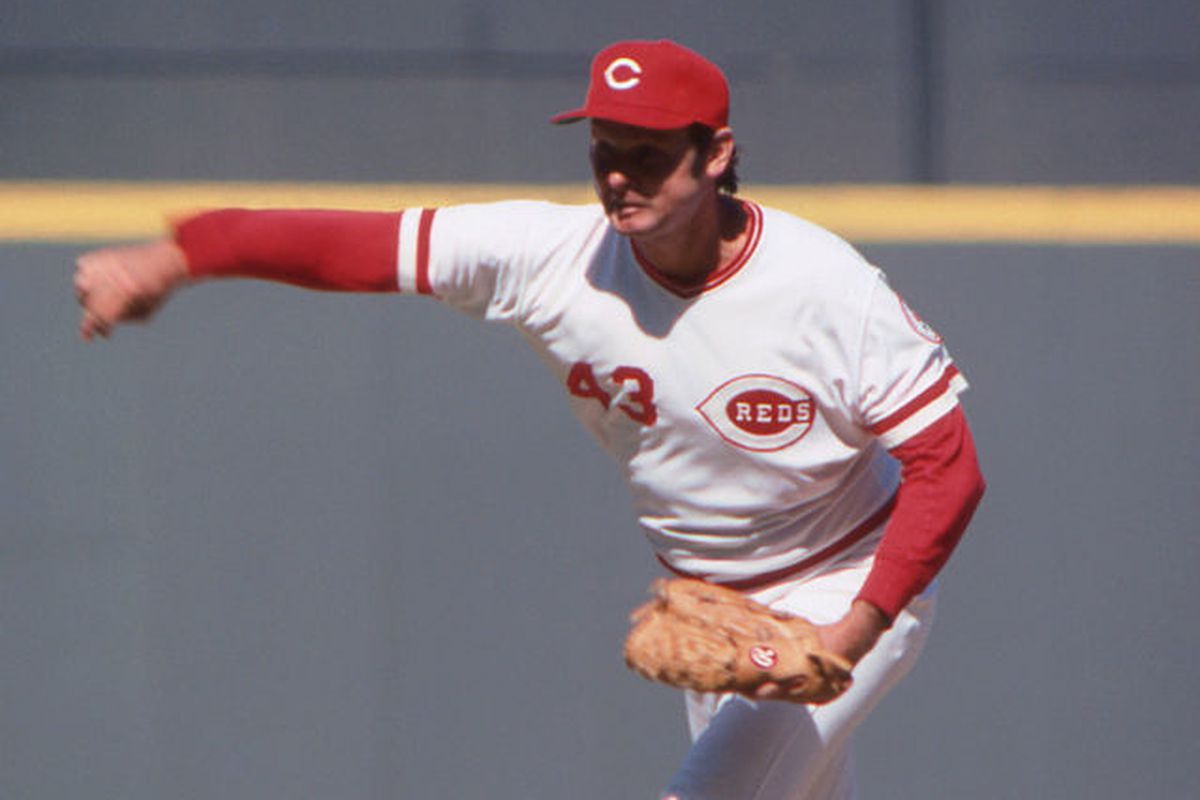 The story is similar at BetAmerica, the Churchill Downs-owned sportsbook that has slashed the Reds’ odds from +4000 to +2800 following “a number of significant bets in recent weeks.”

Cincinnati also has been bet down from +2000 to +1300 to win the National League pennant at BetAmerica and +1400 at PointsBet.

The driving force behind the significant change in the Reds’ 2020 outlook has been a slew of notable moves, including:

The offseason spending spree could end up amounting to $164 million, more than the Reds had spent in free agency over the past decade. They also will have starting pitcher Trevor Bauer for a full season.

It has also opened the eyes of pundits and bettors, who now see the Reds as a legitimate contender.

“The Reds have opened their wallets this offseason, and their big signings in Mike Moustakas and Nick Castellanos have our players confident they’ll be a huge playoff chance this year,” said BetAmerica president Ian Williams.

The Houston Astros opened as 2020 World Series favorites at most books before manager A.J. Hinch was fired following MLB’s investigation into a sign-stealing scam.

The New York Yankees now are listed as the favorites at both BetAmerica (+320) and PointsBet (+350). The Los Angeles Dodgers are being offered at +550 by both books, with PointsBet also offering the Astros at +550 while BetAmerica lists Houston at +400.

The Atlanta Braves are the fourth betting favorite by both: +1100 at PointsBet and +1200 by BetAmerica.

The Kansas City Royals, Detroit Lions, Baltimore Orioles and Miami Marlins — +20000 longshots by PointsBet immediately after the 2019 World Series — have retained the longest odds at PointsBet. All four teams are now being offered at +100000.

The 2020 MLB season wrapped up on Oct. 27 with the LA Dodgers hoisting the Commissioner’s Trophy. Looking at World Series odds for 2021, the Dodgers are now +350 at DraftKings Sportsbook to win it all again after landing reigning NL Cy Young Award winner Trevor Bauer in free agency.

The Yankees have the second lowest odds to win it all, coming in at +550. The Padres and Mets have made moves up the odds boards with big off-season acquisitions. San Diego was +1300 at DraftKings right after the World Series concluded but is now +800. The Mets were +3300 at DK right after the 2020 Fall Classic but are now +1000.

Los Angeles Dodgers (+350): The rich got richer on Feb. 5 with the signing of reigning NL Cy Young Award winner Trevor Bauer. Bauer will join a star-studded rotation that already features the likes of Walker Buehler and Clayton Kershaw.

New York Yankees (+550): The Yankees were outmaneuvered and out-managed in the ALDS by a Rays team that has the lowest payroll in baseball. They seem to be addressing those issues by turning to their farm system, and had no issues declining team options on veterans Brett Gardner and J.A. Happ. Losing flamethrowing reliever Tommy Kahnle could hurt their bullpen depth.

San Diego Padres (+800): The Padres front office continued its aggressive pursuit of a ring by trading for Yu Darvish and Blake Snell. They re-structured Mike Clevinger’s contract and retained promising LHP Matt Strahm, adding further depth to a rotation that will include Dinelson Lamet and Chris Paddack.

Chicago White Sox (+850): The White Sox have a promising future, but might be a few years away from competing for a World Series title. Their odds jumped from +1500 to +1000 after a mildly successful offseason in which they acquired Adam Eaton and 33-year-old RHP Lance Lynn.

Atlanta Braves (+1000): The Braves were a hair away from their first World Series appearance since 1999 and might have added the missing piece by signing veteran ace Charlie Morton to a one-year-deal. With Ozzie Albies and Ronald Acuna Jr. leading a fearsome lineup, they’re justifiable favorites in the loaded NL East.

New York Mets (+1000): New Mets owner Steve Cohen wanted to make a splash and he did just that by trading promising prospects for Franciso Lindor and Carlos Carrasco. If their starters stay healthy, the Mets should have the best rotation in the Majors, with Carrasco following Jacob deGrom and Noah Syndergaard.

Minnesota Twins (+2000): Every year, the Twins put together a marvelous regular season, only to get smoked in the playoffs. Minnesota has lost 18 straight postseason games, but maybe this is the year they find success.

Oakland Athletics (+2200): If you’re searching for a team that could replicate Tampa’s success with a new-age approach, the Athletics are the best candidate. They’ve yet to put it together in the postseason, but have earned a playoff berth in three straight seasons under Bob Melvin.

Houston Astros (+2500): The Astros lost George Springer to the Blue Jays, and their cheating scandal is going to hurt their free agency prospects for some time.

Tampa Bay Rays (+2500): Behind an incredible bullpen and advanced defensive strategies, the Rays won 68.9% of their close games last season. Then Kevin Cash made a boneheaded move by playing the numbers and yanked ace Blake Snell too early in the deciding game of the World Series. Now Snell and Charlie Morton are gone.

St. Louis Cardinals (+2500): The Cardinals re-signed the heart and soul of their team, bringing Yadier Molina back on a 1-year deal.

Cincinnati Reds (+3300): These odds are too high considering Trevor Bauer basically carried the Reds into the playoffs during a shortened 2020 season and he rejected their qualifying offer.

Washington Nationals (+3300): Howie Kendrick retired, Ryan Zimmerman is back but Asdrubal Cabrera remains a free agent. The Nationals are a great buy-low candidate since they have a studly rotation, but they need to find more offense.

Chicago Cubs (+4000): There is talk of the Cubs trading Kris Bryant in his contract year rather than losing him in free agency. That would be a sign of a potential rebuild rather than a team trying to win a title.

Betting on the World Series is available all season long in the form of futures bets. It’s simple — find a team that you like and bet on them at their odds to win it all. For example, the Dodgers were +380 to win the World Series before the start of the 2020 season. If you bet $100 on LA to win it all before the season began, you would have won $380 with a total payout of $480. A $10 bet would have netted you $38.

Futures bets may also include the winner of the American League, National League, and each division. Some sportsbooks delve deeper with “prop bets” on individual achievements, such as who will lead the Majors in home runs, wins, strikeouts, etc.

Mozzartbet apk app. Generally, books take bets on futures in between game action. When teams are competing on a full slate of night games, your sportsbook of choice might hold off on updating odds in the event there is a catastrophic injury or another event that might change the prospects of a contender.

Here is a quick summary of how the odds are displayed for MLB Futures bets:

Placing a longshot Futures bet on baseball is a very risky proposition. In the NBA, for one, it’s almost akin to throwing away your money. The NFL is a bit more unpredictable with its single-elimination postseason, and the MLB is somewhere in between.

Rarely has a team come out of “nowhere” to win the World Series over the past several years, but plenty of fringe contenders have started the season with long odds before getting hot at the right time. According to archives compiled by William Hill Sportsbook, the Kansas City Royals were listed with +3300 odds to win it all during the first month of the 2015 season. Those odds dropped to +1400 in May, +1000 in June, and were down to +550 by the time the playoffs began.

Hence, there is value in placing a small bet on an underdog early in the season. The Washington Nationals, Chicago Cubs, and even the slugging Colorado Rockies come to mind as fringe contenders with long odds this year. The past three years, the World Series crown has gone to one of the favored teams. The Cubs, Astros, and Red Sox paid off after opening the season with odds around +1000 or lower. There is a chance that an unexpected champion is crowned, but it is not guaranteed in today’s MLB due to the importance of pitching in the postseason.

Other ways to bet on the World Series

For those with wagering experience in other sports, much of the baseball terminology and concepts will be familiar. However, as with all sports, there are certain bet types and props that naturally are particular to the individual sport.

Here are the various ways to get a wager down on the World Series.

Where can I bet on the World Series in the US?

Currently, there are 18 states that offer legal sports betting. Residents of those states can use top online sportsbooks (if available) or casino sportsbooks to place legal, real-money bets.

Who is the favorite to win the World Series in 2021?

After winning the 2020 World Series, the Dodgers are again the favorites to take it all in 2021. They were +400 at FanDuel Sportsbook to claim the trophy again right after the 2020 season ended.

Where can I get MLB betting tips?

PlayPicks.com provides free updates on the movement of MLB Futures lines and offers up-to-date advice on the best bets for games and Futures. Those interested in Daily Fantasy Sports can also check out our free plays and picks each day with advice relevant for DFS contests on DraftKings and FanDuel.