The pizzas are in the oven. The beers are fresh out the fridge. Some of us have even remembered to charge our phones. It's time for a Jackbox party - and this time it's all about the latest instalment in the series, Party Pack 5.

For those out the loop (or who haven't been students in a while), Jackbox party packs are collections of multiplayer mini game collections. You typically get five games per pack, which can be played by up to eight people on their phones (along with the console or PC running the game's main display). They're pretty fabulous for evening's entertainment - typically because they allow for personalised jokes and crude yet creative humour. Think Cards Against Humanity, but with your name (and your secrets) laid bare for the amusement of all. It can get pretty messy.

As a lazy party host who's always on the lookout for easy entertainment, I've somehow become a veteran Jackbox player. With the latest instalment, I was looking for something that would strike a fine balance between the familiarity of past titles, and something new and quirky.

Does the new game provide this? Well, nearly. As with many of the packs in the Jackbox series, you tend to get a mixture of mini games which are inventive and engaging, thrown in with a few that miss the mark entirely. The series as a whole works best if you have multiple titles over which you can build up a list of favourite minigames. And in this regard, The Jackbox Party Pack 5 remains true to form. It's comprised of two truly excellent mini games, along with one solid entry, and two the entire testing party would rather forget about. Despite being the literal definition of a mixed bag, for the price of the game and the entertainment value of the pack as a whole - I'd say it's still worth it.

Judging by the reactions of the test group, the most popular game - almost unanimously - was Mad Verse City. Although the game's attempts to be 'down with the kids' with the hip hop theme occasionally felt a little awkward (particularly as the only black voices I've ever heard in the Jackbox series are in this stereotypical setting), the game seems to have hit the jackpot in regards to creating a platform for silly humour. And that's Jackbox at its best, really.

Players are first told to come up with a single word, such as a noun to do with food, which is then added into an opening line written by the computer. You're then given free reign to create a second line yourself, and the whole verse is read out to a beat by your robot in a rap battle. The entire group then votes on which of the two raps in the battle was best, and the person with the most points over several rounds is crowned champion.

Despite initially seeming a little odd, it turns out the robot theme is actually an inspired way to smoothly incorporate the game's (rather brilliant) text to speech feature. The combination of accents and cliché hip hops beats works incredibly well as a novel and amusing way to read out answers. Pretty much anything is funny in a robotic Welsh accent, but it's about ten times better when the person controlling the robot is Chris Bratt. Sorry Chris.

Due to its endless replayability, Mad Verse City is probably the standout game from this pack, and one which I'm sure we'll return to at future parties. Something I'm less certain of is whether my rapping skills will improve. We'll see. Play roulette free practice.

Moving from 90s retro robotic hip hop to surrealist film noir, the second really excellent mini game of the pack is Split The Room - which, if the name hadn't already given it away, is all about trying to divide your group straight down the middle. In a world of Brexit and Trump, you'd think that we'd be good at this, but it's actually surprisingly difficult to find a topic on which a group is split 50:50. Other than The Last Jedi, perhaps.

The game works like this: players are provided with a scenario in which they must fill a blank space with an answer they think will divide opinion. The remaining players then vote on their preference, and your score increases the closer you get to a perfect split.

Split the Room's concept is simple, and it stands out from previous Jackbox games by asking you to consider an answer that won't win a landslide majority. The endless possibilities for an answer, combined with the requirement to know your friends and their likely preferences, makes this a challenging game. You also end up learning a lot about human psychology, and exactly how your friends think. Sometimes too much.

If there's one criticism to make of Split the Room, it's that the nature of the game means boring answers are often rewarded more than wittier ones. Players seem to split more evenly on topics where people were relatively ambivalent, but the downside of this tactic is it (obviously) makes the game less entertaining. Those who do decide to be silly can at least aspire to a final award for the funniest answers (as voted for by other players), but as a secondary award, it's not the main aim of the game. Maybe it's necessary to create a game different from more comedically-focused predecessors like Quiplash, and thankfully it's only a minor quibble. 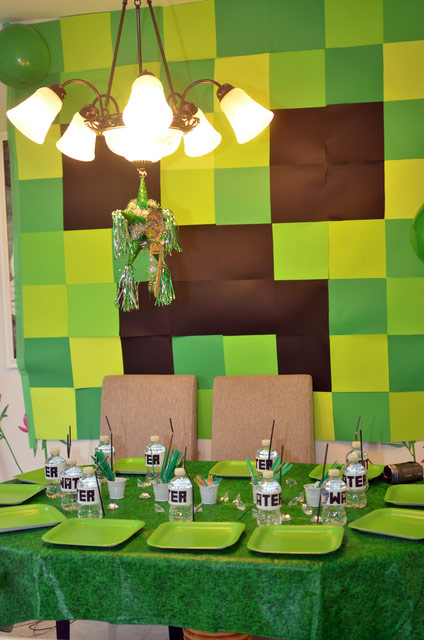 Most Jackbox packs seem to include at least one mini game which involves drawing, and the fifth edition continues this tradition with Patently Stupid. If you ever considered going on The Apprentice, this is the one for you.

In essence, players are required to draw an invention to solve a problem, name it, and come up with a slogan to help sell their, er, revolutionary idea. It's sometimes a little difficult to come up with something on the spot - and you're often dependent on the prompts created for you by fellow players - but on occasion we produced some amusing creations. One that springs to mind is a 'blowhole blocker,' complete with a slightly suggestive drawing, designed to help stop a dolphin leaking. Maybe you had to be there..

It kept us entertained for a fair while, and the art skills of tipsy people drawing on phones is always something to admire, but I felt Patently Stupid somehow had less replayability than Mad Verse City and Split the Room. Perhaps it was the length of the rounds, or perhaps it's because you have to stick with one idea (no matter how bad it is) for most of the game. There was also the added problem that many of the voice actors' lines were repeated over and over - so much so that everyone resorted to pitching their own ideas rather than allow the computer to do it. It was a little grating.

Unfortunately, the curse of every Jackbox party pack is to have at least a couple of games that don't quite work, and this is the case for both You Don't Know Jack: Full Stream and Zeeple Dome.

For those who know their Jackbox history, You Don't Know Jack is the original 90s quiz game which sparked off the rest of the Jackbox series. In trying to reinvent the quiz, however, I feel the developer went a little overboard and took the format's zaniness a little too far. The rounds vary so much in type and style that it's frankly dizzying - it's almost impossible to get your head around one format before the next begins. Many of the questions are so obscurely phrased that it becomes frustrating, and sometimes they require several levels of niche knowledge to get a correct answer. After a couple of playthroughs, nobody in the testing party wanted to touch the quiz again, and frankly I don't blame them.

As one of the rare few cooperative Jackbox games, and one that uses physics, Zeeple Dome is possibly the most unusual of all the games in the pack. Yet perhaps there's a reason why this formula hasn't been used before.

As someone at the party described it, Zeeple Dome feels like a 'knock-off version of Angry Birds,' and that's a fairly accurate way of putting it. Players use their phones to control a sling-shot style mechanic and fling themselves towards monsters on the main screen. Aside from some variety in enemy type and a few different abilities, it doesn't really offer anything particularly engaging - possibly due to the lack of a competitive element - nor anything unique. It could be from any mini game series, and to me doesn't capture the personalised nature of a Jackbox game.

To be fair to Jackbox, you have to credit them for trying something new - but the latter two mini games definitely let the pack down a little as a whole. Yet in some ways, even the silliness of these mini games provided group entertainment (with plenty of shrieking in trying to figure out what on earth was going on). With Mad Verse City and Split the Room as standout hits, and Patently Stupid as a solid third game, the price of £23.79 seems fairly reasonable for something that will keep a room full of guests entertained for five hours straight.

Just remember to stock up on snacks beforehand. 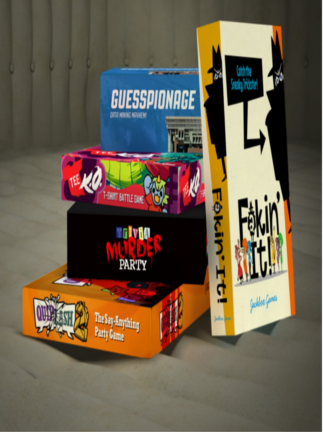 The Jackbox party is a series of different video games developed by the Jackbox for different platforms. The Jack Box Party games are designed to be played in large groups in conjunction with the streaming services like Twitch Tv where the audience can also participate. Most of the Jack Games are Online Games which requires only one person to own and launch the game. All the other players are local which can watch the game through the first-person computer. The Jack Box Party can be played through streaming media party. All the players including local and remote use the web-enabled services such as a personal computer, mobile, and tablet devices to enter a room code at jack box dedicated servers in order to play the game.

The Jack presents five guffaw party games in one pack. You will need more than one party for the jack games. You can control the game through phone and tablets for 1-100 players. There is a comedy trivia session with hundreds of new questions. The Bluffing Game has 2-8 players with over 50 more questions. While the Bizarre Drawing game can be drawn right on the phone with no little skill.

The Jack Box Party games are limited to only four active players, however other players that are connected will become audience participants and can impact the score as well as the winner. Each specific game in the Jack Box Party has a period while the players are issued with some specific prompt. The prompt will provide the players with a sufficient amount of time to enter the replay or draw as necessary.

Jack In The Box Party Game

Turn Off Your Antivirus Before Installing Any Game