King Tut Throne – The Golden Throne of Tutankhamen
The King Tut Throne is one of the most magnificent articles among the copious treasures of Tutankhamen discovered by Howard Carter in November, 1922. Also known as Tut’s Golden Throne, the name may be a light misnomer, since it’s likely that it was an auxiliary royal seat for the boy king. Also, the King Tut Throne is actually made primarily of wood, not gold, though it is beautifully overlaid in sheet gold and silver, further adorned with semi-precious stones, glaze, and colored glass.

King Tut Throne – A National Treasure of Egypt
Besides its priceless value as a national treasure of Egypt and a solitary archeological wonder, the King Tut Throne is also amazingly instructive concerning the position a Pharaoh of Egypt occupied, who he and his subjects believed he was, and what his expectations were concerning heaven, earth, and the afterlife. Let’s take a look at a few of the throne’s details and see what we discover about the ancient Egyptians’ view of a god-king ruling on earth, and how much of God’s eternal truth was still present in Tut’s own belief system.

King Tut Throne – Comparisons between Pharaoh and GOD
The King Tut Throne follows the Amarna artistic tradition developed under Akhenaten, the lone Pharaoh that attempted to sway the nation to the worship of one god, the sun disc Aten. Akenaten’s movement was eventually overturned by later Pharaohs, but the prominence of the Aten continued as an appeasement to those in Egypt who worshiped it. Since this throne harkens back to the declining Amarna tradition, it is no surprise that one of its most prominent features is the placement of Aten top and center of the seat, with its life-giving, sustaining rays extending as arms and hands down towards Tutankhamen and his queen Ankhesenamun. This is one place on the throne where nothing but pure, unbroken, unadorned gold is used, since a deity as prominent as Aten would be represented whenever possible in the divine metal alone.
Further, if we look closely at the hands extending down from Aten, we can see that two of them hold the familiar symbol of the Ankh at the nostrils of Tut and his queen. In ancient Egypt, the ankh represented divine life or eternal life, and so it’s not too difficult to see here the imagery of divine life being imparted to the nostrils of the divine king and his queen.
Even if we stopped right here, we have to marvel at how much the ancient Egyptians intuitively understood about the true God, and yet were too blinded by their worship of something less to realize it. From the very beginning, God has revealed Himself as One God, the supreme and sovereign Creator, who is the originator and sustainer of all things. And, for those who care to accept it, the Book of Genesis provides a written record of God creating the heavens themselves, including the highest thing that Akhenaten could imagine as supreme -- the sun.
Later, God will use humanity’s intuitive association of gold with deity to emphasize his identity as the true God when he reveals to Moses the specifications for temple worship. In fact, if Moses indeed gave instructions according to what he saw, and not just what he heard, the dwelling place of the eternal God is decked out in more gold than even Tut himself could imagine.
Getting back to Genesis, it’s interesting that the Bible says specifically, “And the LORD God formed man of the dust of the ground, and breathed into his nostrils the breath of life; and man became a living being..” Unlike the representation on Tut’s Golden Throne, where divine life is imparted to the nostrils of the Pharaoh and his queen as privileged beings, the Bible claims that God personally imparted the “breath of life” -- the kind of life that He Himself possesses -- to every human being on earth. Like the life represented by the ankh, it is eternal, unending, and forever, but unlike the life pictured by the ankh and reserved for the Pharaoh, God’s true breath of life imparts significance to every person created in His image. 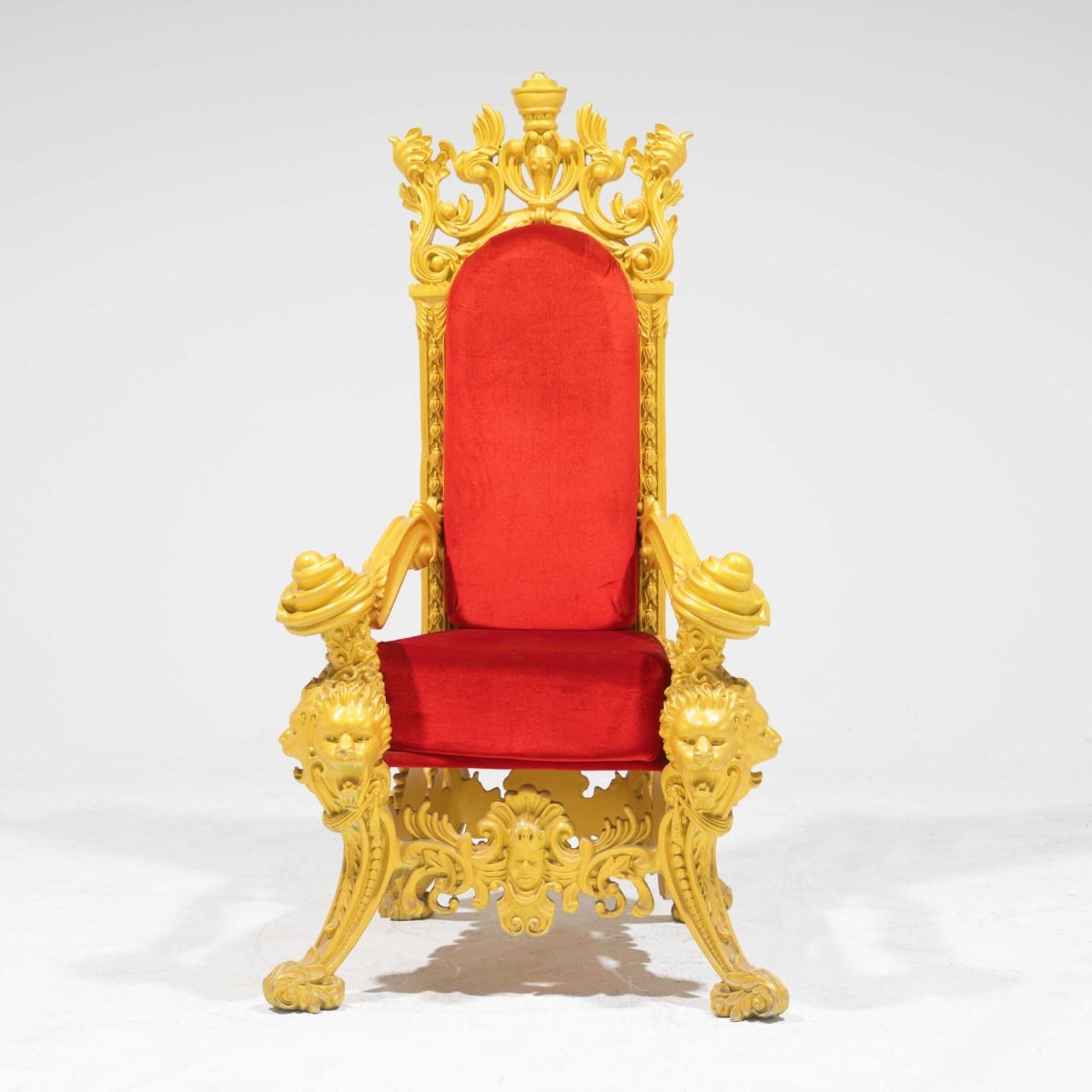 King Tut Throne – High and Exalted Above the Earth
Another thing to notice about the King Tut Throne is that it sits on spacers above the floor. What these blank, unadorned extensions represented was that although Pharaoh rules over the earth (translate, “Egypt” for all ancient Egyptians), he is not of the earth. He is above it, apart from it, and superior to it. He rules not only as man, but also as the son, or heir, to the throne of the god or gods in heaven, and co-equal with them. This is his destiny, his birthright, and his eternal position.
One other observation about Tut’s position on the golden throne: He has his feet on a footstool, similar to the one found among his actual treasures. This is significant because not only does the footstool maintain his separation from the earth and emphasize his position over it, the footstools of the pharaohs were adorned on all four sides by images of their enemies -- Nubians, Libyans, and Asiatics. These were the ancient peoples that surrounded Egypt or posed some kind of threat to her security. Further, the pharaoh often held a walking stick with the same imagery on its curved handle or knob, symbolizing that his enemies were perpetually delivered into his hand.
So, what kinds of connections can we find to the pure truth of God’s existence that predated Egypt’s love affair with its own power and privilege? Well, long before the pharaohs reigned on their thrones raised by clumsy spacers above the floor, the eternal God reigned over all His creation from His throne, in His palace -- or temple -- in heaven. Psalm 11:4 reads, “The Lord is in His holy temple, The Lord’s throne is in heaven.”
And the footstool? According to Psalm 110, somewhere in eternity past God proclaimed to a future ruler of His kingdom, one who would be co-equal with Him, “Sit at My right hand until I make Your enemies a footstool for your feet.” According to the New Testament, this is one of the most pivotal promises in the Bible concerning the Messiah, the anointed one who would rightfully inherit God’s throne and rule righteously forever on His throne in His Temple on earth.

Compliments of Ken and our friends at Drive Thru History. Copyright 2011 – All rights reserved in the original.

We have all sinned and deserve God’s judgment. God, the Father, sent His only Son to satisfy that judgment for those who believe in Him. Jesus, the creator and eternal Son of God, who lived a sinless life, loves us so much that He died for our sins, taking the punishment that we deserve, was buried, and rose from the dead according to the Bible. If you truly believe and trust this in your heart, receiving Jesus alone as your Savior, declaring, 'Jesus is Lord,' you will be saved from judgment and spend eternity with God in heaven.
What is your response? 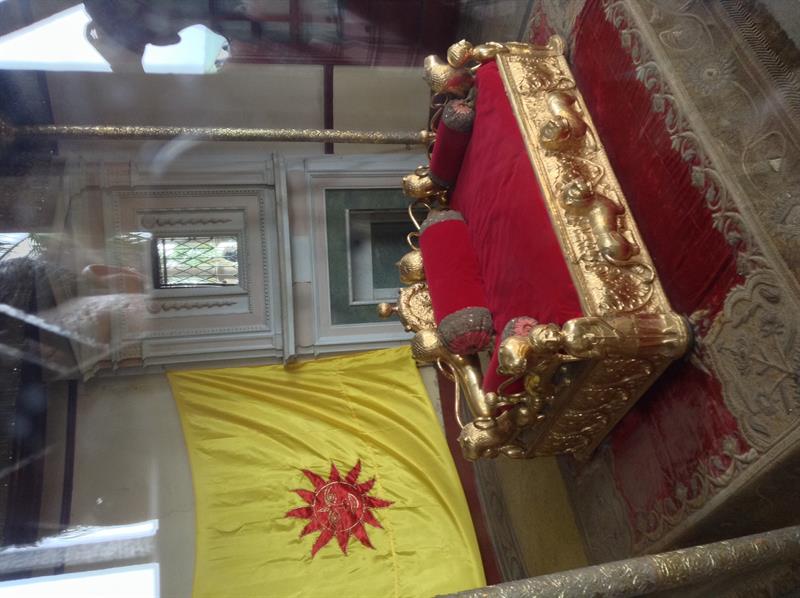 The producers of Game of Thrones probably didn’t anticipate how many PayPal Slots the HBO show would inspire when it was first released. Genii Gaming’s 2019 title Throne of Gold may not be a licensed slot game, but Genii Gaming definitely weren’t subtle about the influence. With what seems to be King’s Landing behind the 5 x 3 reel grid, it’s incredibly easy to get immersed in the Throne of Gold gameplay. You can grab a slice of the Westerosi action from as little as 1p a spin, or you can make the most out of the juicy multiplier with a max £50 bet. Throne of Gold may not be the most innovative title which you’ll find on our PayPal casino in terms of gameplay, but there are still plenty of nice perks such as the 20 pay lines paying both ways, expanding symbols and wild symbols. As usual with Genii Gaming’s titles, the free spins bonus feature is the main attraction. This free spin feature offers up to 20 free spins initially and all line wins will be subject to a 2x multiplier in the bonus spins.

3, 4 or 5 throne scatter symbols will award 7, 14 or 20 bonus spins respectively. All wins are doubled in value in the free spins and you will be able to retrigger the feature while you are spinning for free – no limits!

About the Developer of Throne Of Gold – Genii Gaming

Throne of Gold is one of the most popular PayPal slots from Genii Gaming. Once you start to look through their portfolio of titles, it will become all too apparent how they came up with their moniker.

Placing a Stake with Dove Casino

If you love action-packed and adventurous slots, you’re sure to appreciate what is on offer through their other hot releases Age of Spartans, Rise of Spartans, Spartians, and Big Game. All Genii Gaming’s releases are available to play on mobile, laptop, tablet and all devices which support HTML5 Gaming.